I have updated my tank, that I bought on Ebay for several years ago. The tank is a 1/16 scale German Panther from WW2. 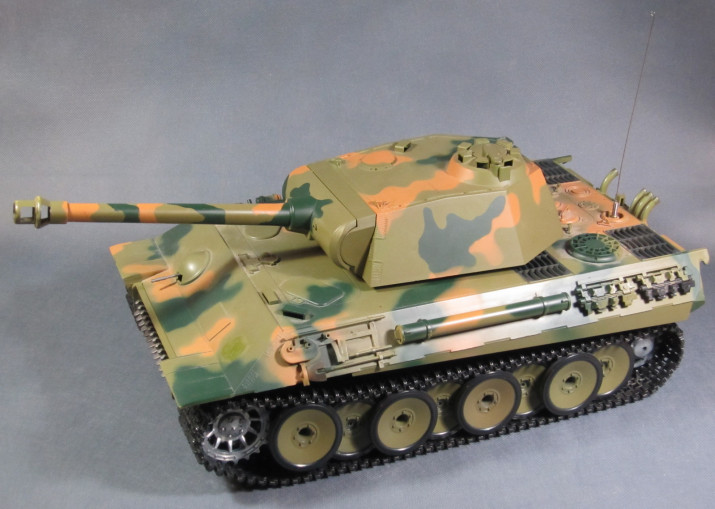 I have removed all the electronic from the tank and replaced it with:

The tank is controller with my DX9 transmitter and are using 8 channels.

Here is an overview of all the electronics. 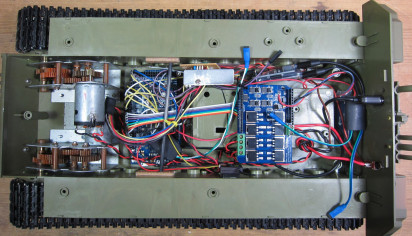 The two speakers fits perfectly under the back grills. It is possible to control the volume from the transmitter. 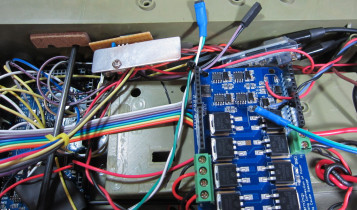 I bought a set of metal tracks on Ebay. They are really good quality and look nice on the tank. 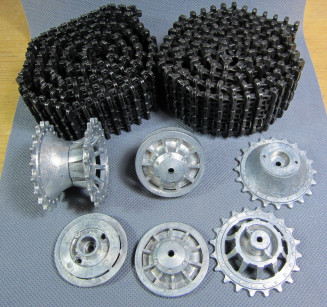 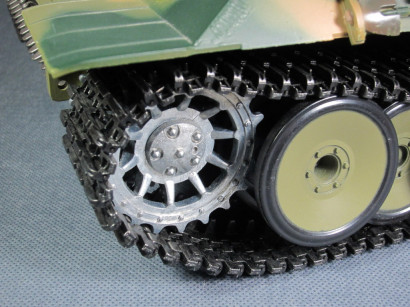 The machine gun has a red LED placed on top of it so the light simulates gun fire. The flashing light together with the machine gun sound is a great effect. 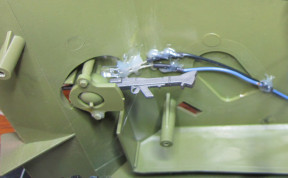 The USB plug to update the CPU system is placed on the back together with the main power switch. 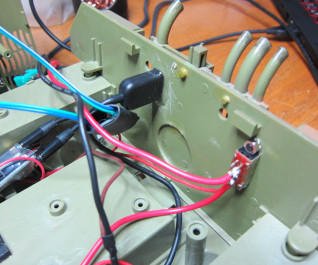 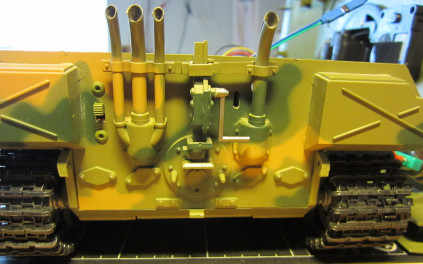 Here is a video of the tank in action.

Video of tank in action